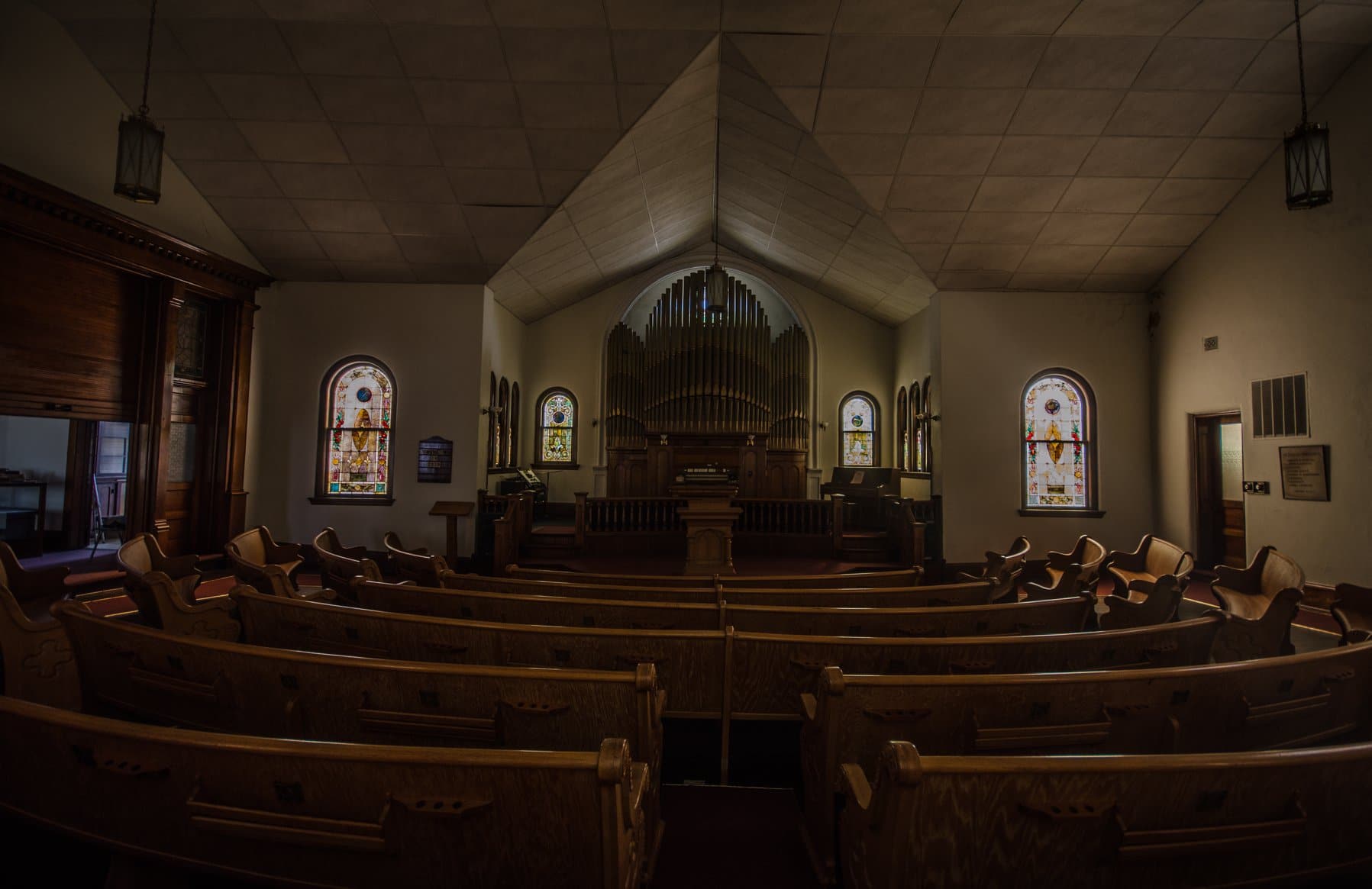 The (First) Congregational Church of Neosho was organized on August 12, 1866 with eight founding members. The first services were held in the Baptist Church until their own building was built at the same location as the current for a cost of $3,248.84. It was destroyed by fire and a second building replaced it on the same lot which served the congregation for many years before also burning to the ground on Easter of 1907. The third and final church building constructed of brick with a Gothic-style, making it more fireproof had the cornerstone laid on October 1, 1907. Dedication of the building took place on April 19, 1908 and boy was it large. Some of the first pastors of the newly constructed church included S.A. Willard and Rev. George D.N. Norcross. In 1910 the congregation was able to secure a pipe organ for a hefty price tag of $2,000. Known as the “Carnegie Organ” thanks to a $625 donation made by Andrew Carnegie.

Tragedy struck the congregation on August 12, 2007, which would change the life course for everyone attending the service and the entire Micronesian community. It was service as normal that morning for the fifty that attended, Pastor Kernel Rehobson delivered the sermon. Just after 2 pm shots rang out, piercing the silent sanctuary. Eiken Elam Saimon had entered the church with the intent to bring bodily harm to some of his family members that were in attendance. He let the children leave the church and held the other fifty-some follower’s hostage, killing Pastor Kernel Rehobson, Intenson Rehobson, and family friend Kuhpes Jesse Ikosia.

He had wounded four others during the ordeal before police were able to make entry into the building where they negotiated with Saimon for around ten minutes. After surrendering he was arrested and initially pleaded not guilty to three charges of first-degree murder, four counts of assault, one count of felonious restraint, and one count of armed criminal action. His bond was set at $1 million, later he was charged with the sexual assault of a minor relative that had occurred two days prior to the shooting.

But just a year and a half later after finding out that the death penalty was going to be put on the table, Saimon changed his plea to guilty to avoid it. He offered somewhat of an explanation to his motives for the shooting describing an incident at a community barbecue the week. “I did not have any food to bring to the barbecue and my relatives started giving me a hard time … and saying that I was stealing food for my children,” Saimon said. “I went home and thought about how they were all talking bad about me and how much I had helped all of them when they first came to the United States,” he continued. “I knew they would all be at church on Sunday afternoon,” he added. “I was still really mad, but I knew what I was doing.”

While members of First Congressional continued to hold services there, the congregation slowly started to dissipate after Pastor Thomas Thorne died in 2017. The small group that did stay were unable to keep up with the costs of the large structure. It was listed for sale and then became abandoned and neglected by thieves and vandals over the next two years.

Across the street was the Clay Cup Coffee Pottery, owners Jeff & Divine Jones over time had gained more and more interest in the vacant church building. After becoming unspoken guardians of the building and watching it gather dust for the next year and a half, the Jones’ took a leap of faith and made an offer on the giant building. A win for preservationists the offer was accepted and immediately they got to work on revisioning the space.

Having been abandoned for just two years minimal repairs were needed. The congregation had done a superb job on the upkeep of the sanctuary regardless of the age of the structure. Beautiful original hardwoods were exposed in the fellowship hall, and wall coverings were removed to expose brick in some rooms. The 200-person auditorium with its more than a dozen stained glass windows was left as found. Today the former church building houses the Northwoods Art and Events Center which throws events like music and small theater performances, films or lectures, and a host of other social events such as memorial services and weddings.

Gallery Below of First Congregational Church of Neosho

Former Neosho church will become an art and event center