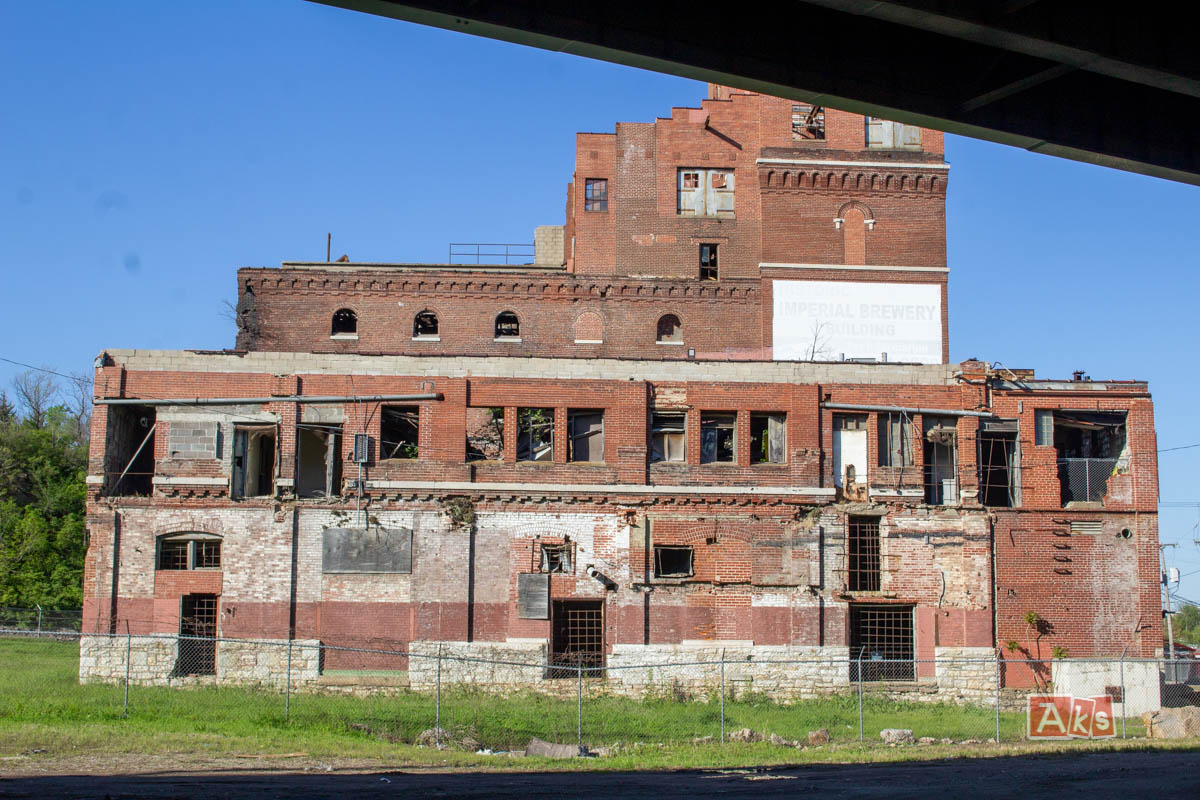 The Imperial Brewing Company Brewery was quite an incredible complex. Architect and contractor Ludwig D. Breitag started construction in the summer of 1901. These buildings included the main brewhouse, wash/shipping area, stables, and power plant. Shortly after opening a two-story office and two-story bottling works building, in 1904 a 250-ton ice plant was added to the complex. In total, the construction was completed at $500,000 and initially held a capacity of 100,000 barrels of lager beer. But just less than a year after opening A.F. Stoeger (business manager) and George Schraubstadter (secretary/treasurer) realized the quick success and growth of their business would call for a $100,000 enlargement so that they could hold 500,000 cases of beer at capacity. The plant was fit with the most up-to-date and biggest machinery, this made the Imperial Brewing Co. a state of the art, beyond compare, brewing company, and complex. The Imperial Brew Company opened on May 15, 1902, holding a public reception from 3 p.m.- 5 p.m. 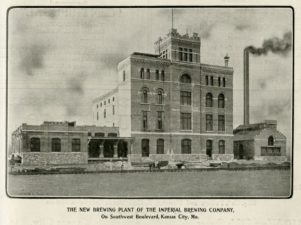 Thousands showed up creating crowds too large for the streetcars and carriages to handle.  The buildings were decorated with patriotic colored bunting and there was music and vaudeville entertainment as well as a luncheon with the Brewery’s new lager beer. By the end of the year, they had 2,000 customers in Kansas City alone. The high demand for their most popular beer “Mayflower” caused them to be 100,000 cases behind on orders. This show of great success convinced stockholders to increase their working capital from $250,000 to a staggering $550,000.

The Brew House which is one of two buildings on the property still standing is a six-story, brick, Victorian Romanesque Revival styled brewhouse. In 1928, additions were added to the top of the brewhouse beginning its journey as a granary and flour mill after closing due to prohibition.

The stables are the second building left on the property. It housed the draft horses that pulled beer delivery carts for Imperial. The building is two-storys and features individual stables and at one point a large well.

The company advertised in local newspapers “$100.00 FREE! To the person suggesting the name for our beer.”  The contest ended on April 17, 1902, and the name “Mayflower” was chosen for the lager beer. To commemorate their popular bottled beer a large searchlight was installed

on top of the Hall building and was promoted as “the largest searchlight in the world.” Mayflower Bottled Beer made its debut on tap on opening day but due to its popularity was available to families in early October 1902. Mayflower was a strong-pure and wholesome lager beer.

Imperial Brewing Co. also came out with a lighter brew ideally as a mild family beer, pure and aged. This was the Imperial Seal Pale Beer, “The beer that satisfies. Have a case in your home.”  The beer became popular amongst households and the two beers brought in a lot of money for Kansas City. This is why the Imperial Brewing Company was so attractive to Kansas City saloons and customers.

Here is a collection of newspaper ads featuring the Imperial Brewing Co. 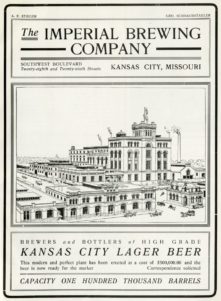 By 1905, Imperial Brewery had just elected a new president and general manager, Edwin Becker. When he took over, the company was already in financial trouble. The first mortgage note went unpaid and other financial stressors forced the company into bankruptcy by fall of 1905. Ferd Heim Brewing Company and Rochester Brewing Company merged together forming Kansas City Breweries Company. The newly merged company bought the Imperial Brewery compound at auction for $99,500 along with the mortgages. In the following years the new company was able to get production up to over 338,000 barrels and the Imperial Seal & Mayflowers beers from the previous Imperial Brewery Co. died down in popularity and were no longer top sellers.

Due to prohibition in 1919 producing alcohol was no longer legal, thus creating a lethal blow to the brewery. In a last ditch effort to save the company from demise  products called “near beer” were formed, containing less than 0.5% alcohol by volume, but alas this business venture failed and the building compound was sold to Seaboard Milling Company.

On March 23, 1919, the Seaboard Milling Company purchased the Imperial Brewery buildings and turned it into a flour mill. The ice plant and a few other buildings on the property were demolished to make way for the flour mill equipment and the huge grain tanks that would be installed. Folks in the area knew it as the Boulevard Mill and because of the similar production processes, was a success flour mill until 1985.

Throughout the years improvements have been made to the property. The grain tanks were demolished in 2004 and around a million pounds of scrap metal was removed from the premises to rid the building of all of its leftover milling equipment. Dean Realty took over the premises in 2007 with plans to redevelop the property.

The Imperial Brewing Company Brewery was listed on the National Register of Historic Places on February 11, 2011. Just a short year later on December 27, 2012, at 11:30 p.m. news spread that the Imperial Brewery was up in flames. Here is a news clip, the article continued after.

The two buildings left standing have been increasingly deteriorating due to the fires, vandalism, and homeless activity happening in and around the buildings. Currently, Dean Realty Co. has thought of different ways to repurpose it and possibly make it office spaces. In 2013, custom 27-foot tall spiral staircases were installed to access the top two floors.

“We are committed to a creative and deserving redevelopment path for the historic site, and are exploring and welcoming ideas and partnerships that will contribute to and complement the future vision and master planning for all of Cambridge Business Park.”- Dean Realty Co.

This is our real history and our responsibility is to repurpose utilizing Show me state builder craftsman to show we can pass more than a story about our City and State.
With the creative minds and skills and talents of our citizenry we can accomplish anything.
This is a work of art and the spirit and souls of those before us are honored when we reclaim the use of these artistic buildings that our economy developed through.
The spirit of the past preserved in perpetuity. A lofty goal but so was Union Station. Thank you.