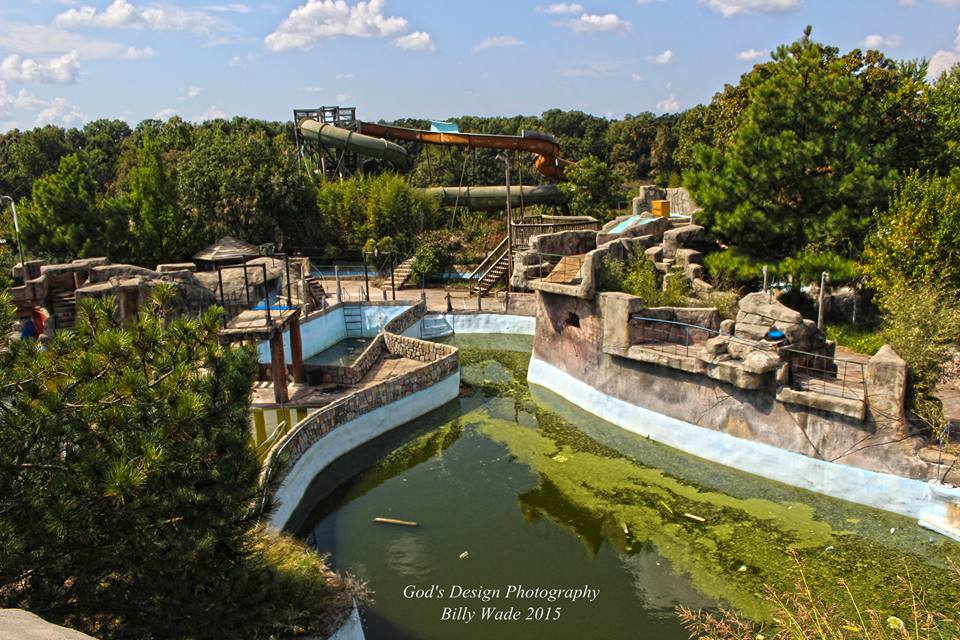 The sun comes up over the Joplin horizon, water is turned on and just for a bit the running water from the splash pads and waterslides along with the morning birds are the only noise in the rural area. And then like the flip of the switch used to turn on the slides carloads of families truck into the parking lot and the atmosphere is filled with laughs and screams of joy.

The Swimmin Hole Water Park began in the early 2000s in the rural outskirts of Joplin. A private family-owned business, the community and regulars adored the establishment making it a staple piece in the memories of many children for nearly a decade.

On a hot July day in 2007, everything at the water park started relatively normal. A field trip of about thirty kids from the Boys and Girls Club of Southwest Missouri rolled into the lot jumping with excitement for a day swimming and slipping down slides. But just around noon, the splashing of youngsters would halt and panic would ensue among adults as 911 was dialed. Six-year-old Ethan Cory was found under a slide in about four feet of water. His lifeless body was immediately rushed to nearby St. John’s Regional Medical Center in an attempt to save him but he was pronounced deceased.

After an investigation into the death and park it was found that the boy drowned due to lack of supervision. Ethan Cory’s parents then filed a wrongful death lawsuit in August 2007 against the private park owners James and Diana Burt and the Boys and Girls Club. Upon further investigation it was found that the owners of the park had no liability insurance. Further worsening the situation was the fact that only to lifeguards were on duty that day supervising the 34 kids plus another private party and their regular summer business. Both of which were not certified in life-saving techniques.

Ethans family rallied to create new legislation to regulate private water parks in Missouri. So that no other parent would have to get the same call they did under the same circumstances. House Bill 1341, known as Ethan’s Law, was signed by Missouri Gov. Matt Blunt in June 2008. Details of the law require the owner of a for-profit, privately owned swimming pool or water park with a capacity of <500 to acquire and keep at least $1 million in liability insurance in the event of injury or death of a guest. The bill carries an emergency clause that makes it effective immediately upon being signed by the governor.

As a result of the lawsuit the Burt’s had to file for bankruptcy in February 2008. His park closed down as a result as well and has remained closed since. James Burt told The Joplin Globe he felt the legislation singled him out and was an attempt to put him out of business. He said liability insurance would cost him $72,000 a year and he couldn’t afford it. When asked if he thought it would be beneficial for a businessman like him to carry liability insurance, he said, “Not really. I don’t have anything more to say.”

In recent years, the abandoned water park has served as an airsoft venue for hundreds. Airsoft enthusiasts from all over Joplin come out to participate in First Saturday Ops events at the park giving the vacant park a purpose while calls for a revival happen on social media. It is still unsure whether or not the park will open one day again, and many community members have mixed feelings about a reopening.